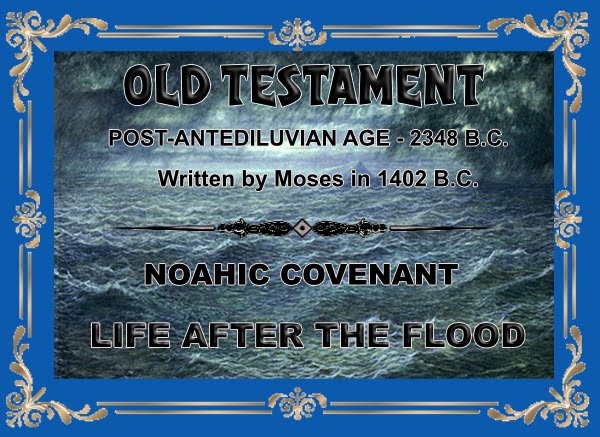 So now You’ve killed everybody and everything, but Noah, his family, and some animals.

What now?  You going to start all over again like You did with Adam and Eve?

“And it came to pass…Noah removed the covering of the ark, and looked, and, behold, the face of the ground was dry” (Gen 8:13).

“And God spake unto Noah, saying,

And the LORD smelled a sweet savor; and the LORD said in his heart, I will not again curse the ground any more for man’s sake; for the imagination of man’s heart is evil from his youth; neither will I again smite any more everything living, as I have done. 2

While the earth remaineth, seedtime and harvest, and cold and heat, and summer and winter, and day and night shall not cease” (Gen 8:20-22).

No one can say the flood did not happen because archaeologists found proof that it did, and they even found the boat where God said it was.

People lie and make up stories and even twist the facts around.  God does not lie for He has no reason to lie.

“That by two immutable things, in which it was impossible for God to lie, we might have a strong consolation, who have fled for refuge to lay hold upon the hope set before us” (Heb 6:18).

And He does exactly as He promises, whether we like it or not.

“For as the rain cometh down, and the snow from heaven, and returneth not thither, but watereth the earth, and maketh it bring forth and bud, that it may give seed to the sower, and bread to the eater:

So shall my word be that goeth forth out of my mouth: it shall not return unto me void, but it shall accomplish that which I please, and it shall prosper in the thing whereto I sent it” (Is 55:10-11).

The traditions of ancient peoples throughout the world share in common the Inclusion of flood stories.

The Mesopotamian accounts have garnered the most discussion since they are culturally closer to the Biblical material than any of the other non-Scriptural narratives.

The most famous Mesopotamian flood account is the Babylonian version; found in the library of the Assyrian king Ashurbanipal (7th century B.C.) as part of the larger Epic of Gilgamesh.

In this epic, Gilgamesh searches for a man named Utnapishtum (the equivalent to the Biblical Noah), whose story is then recounted.

When one of the highest gods, Enlil, becomes annoyed by the cacophony of noise coming from human beings, he decides to inundate and destroy them all in a catastrophic deluge.

Enki, the god of waters, reveals Enlil’s intent to the mortal Utnapishtum, directing him to construct an enormous boat and load it with pairs of animals.

Instructed not to reveal the reason for this mystifying building project, Utnapishtum is further commanded at a critical point to take his wife on board with him.

For seven harried days and nights Utnapishtum and his wife are tossed about in this vessel as floodwaters engulf the earth.

When the waters finally subside, the boat lodges atop a tall mountain. Utnapishtum sends out a dove, a swallow and a raven, the last of which fails to return, apparently having located nourishment.

The man then disembarks and offers lavish sacrifices to the gods, who in turn bestow eternal life upon him and his wife for having safeguarded the future of humans and animals.

An Akkadian account dating to around 1600 B.C. recounts basically the same tale as that embedded in the Babylonian Epic of Gilgamesh, except that the Noah-character is named Atrahasis.

An even earlier Sumerian version, known as the Eridu Genesis, contains the stories of creation and the development of the first cities, along with an account of the great flood. Here the hero is Ziusudra.

Bible readers will immediately recognize the similarities between the Mesopotamian and Biblical accounts. But there are significant differences, too.

According to the Bible God was not simply irritated by the din of human­ity; he was profoundly grieved, to the point that “his heart was filled with pain” by the magnitude of human sin (Gen 6:5-7).

Nor was his plan thwarted by the cunning of another deity; God himself chose to preserve both humanity and animal life through Noah (Gen 13-22).

Genesis also attests to a longer flood period and, although God made a covenant with Noah, he did not grant him immortality.

Assuming a later date for the Biblical composition, some scholars have sug­gested that Mesopotamian accounts may have served as a prototype for the narra­tive in Genesis.

I had always understood that a scholar was like; let us say a “scientist of history,” but anyone that has even the smallest inkling to doubt what the Bible says is not a scholar in my book.

But most researchers be­lieve that the Biblical account is not simply a modification of the Mesopotamian sto­ries but one of several versions of a com­mon story.

The differences can be attributed to the special revelation God gave the Biblical authors, including the writer of Genesis (Moses), by which he made known his plan of redemption.

The other versions provide extrabiblical confirmation of the story of a great flood rather than demonstrating, as some have suggested, that the Biblical account is a myth.