I’ve been told that You and Moses were good friends, like You and Abraham had been, even though he was a murderer.

So I must assume that if we stop sinning to the best of our ability, that no matter what the sins were, aside from blasphemy of the Holy Ghost, and walk Your way, You’ll forgive us.

So what happened to Moses, now that he’s on the run?

The Beginning of Moses

“Now Moses kept the flock of Jethro his father in law, the priest of Midian: and he led the flock to the backside of the desert, and came to the mountain of God, even to Horeb.

And the angel of the LORD appeared unto him in a flame of fire out of the midst of a bush: and he looked, and, behold, the bush burned with fire, and the bush was not consumed.

And Moses said, I will now turn aside, and see this great sight, why the bush is not burnt.

And when the LORD saw that he turned aside to see, God called unto him out of the midst of the bush, and said, Moses, Moses.  And he said, Here am I.

And he said, Draw not nigh hither: put off thy shoes from off thy feet, for the place whereon thou standest is holy ground.

Moreover, he said, I am the God of thy father, the God of Abraham, the God of Isaac, and the God of Jacob.  And Moses hid his face; for he was afraid to look upon God.

And the LORD said, I have surely seen the affliction of my people which are in Egypt, and have heard their cry by reason of their taskmasters; for I know their sorrows;

Now therefore, behold, the cry of the children of Israel is come unto me: and I have also seen the oppression wherewith the Egyptians oppress them.

Come now therefore, and I will send thee unto Pharaoh, that thou mayest bring forth my people the children of Israel out of Egypt.

And Moses said unto God, Who am I, that I should go unto Pharaoh, and that I should bring forth the children of Israel out of Egypt?

And he said, Certainly, I will be with thee; and this shall be a token unto thee, that I have sent thee: When thou hast brought forth the people out of Egypt, ye shall serve God upon this mountain.

And Moses said unto God, Behold, when I come unto the children of Israel, and shall say unto them, The God of your fathers hath sent me unto you; and they shall say to me, What is his name?  What shall I say unto them?

And God said unto Moses,1 I AM THAT I AM: and he said, Thus shalt thou say unto the children of Israel, I AM hath sent me unto you.

And God said moreover unto Moses, Thus shalt thou say unto the children of Israel, The LORD God of your fathers, the God of Abraham, the God of Isaac, and the God of Jacob, hath sent me unto you: this is my name forever, and this is my memorial unto all generations.

Go, and gather the elders of Israel together, and say unto them, The LORD God of your fathers, the God of Abraham, of Isaac, and of Jacob, appeared unto me, saying, I have surely visited you, and seen that which is done to you in Egypt:

And they shall hearken to thy voice: and thou shalt come, thou and the elders of Israel, unto the king of Egypt, and ye shall say unto him, The LORD God of the Hebrews hath met with us: and now let us go, we beseech thee, three days’ journey into the wilderness, that we may sacrifice to the LORD our God.

And I am sure that the king of Egypt will not let you go, no, not by a mighty hand.

And I will stretch out my hand, and smite Egypt with all my wonders, which I will do in the midst, thereof: and after that, he will let you go.

And I will give this people favor in the sight of the Egyptians: and it shall come to pass, that, when ye go, ye shall not go empty:

But every woman shall borrow of her neighbor, and of her that sojourned in her house, jewels of silver, and jewels of gold, and raiment: and ye shall put them upon your sons, and upon your daughters; and ye shall spoil the Egyptians” (Ex 3:1-22).

1 Many people do not believe that Jesus is God, but He is.  I Am means, Yahweh, Jehovah, and Lord.  Jesus calls himself I Am when He was here on earth also.

“Then said the Jews unto him, Thou art not yet fifty years old, and hast thou seen Abraham?

He says in other places as well:

“And Jesus said unto them, I am the bread of life: he that cometh to me shall never hunger; and he that believeth on me shall n ever thirst (Jn 6:35).

Then spake Jesus again unto them, saying, I am the light of the world: he that followeth me shall not walk in darkness, but shall have the light of life” (Jn 8:12).

“Jesus said unto her, I am the resurrection and the life, and the life: he that believeth in me, though he were dead, yet shall he live” (Jn 11:25).

“I am the vine, ye are the branches: He that abideth in me, and I in him, the same bringeth forth much fruit: for without me ye can do nothing” (Jn 15:5).

He had declared to be God more than once: 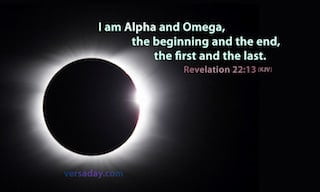 “Fear not; I am the first and the last:

Moses (“I drew him out of the water”) son of Amram and Jochebed from the tribe of  Levi, and the younger brother of Miriam and Aaron.  At the time of  his birth, the Israelites were experiencing severe oppression in  Egypt.  Moses was adopted by a Egyptian princess and lived in Egypt many years.Later, Moses was forced to flee Egypt after killing an Egyptian overseer who had beaten a Hebrew slave.  He escaped into the Sinai desert, met with a Midiante priest named Jethro, and married one of his daughters, Zipporah.  He had two sons by Zipporah.The turning point in Moses life was the divine revelation of the burning bush.  God ordered Moses to return to Egypt and lead His people out of bondage. Only after a series of ten divinely ordained punishments did Pharaoh agree to set the Israelites free.Moses, at the age of 80, then assumed a new role, leading the Israelites on their historic journey.  Moses, at God’s command, parted the Red Sea, to allow an escape route for the Israelites from the Egyptian army.  Moses received the Ten Commandments from God, written on two stone tablets on Mount Sinai.The Israelites sinned greatly in the desert, and God wanted to destroy them, but Moses talked to God, and saved His people.  Because of their disobedience, grumbling, and not trusting in God, the Israelites were forced to live in the desert for 40 years, where they received manna (a bread-like substance) from heaven, to keep them alive.  The entire Exodus generation died off (except for Joshua and Caleb) and their children were the ones who would later settle in Israel.God instructed Moses to build a moveable Temple and to construct the Ark of the Covenant.  After witnessing the conquest of the eastern side of the Jordan River,

The deity takes on many names and forms among different cultures and according to Canaanite mythology, is one and the same as the Assyro-Babylonian goddess Ištar, taken from the third millennium BC Sumerian goddess Inanna, the first primordial goddess of the planet Venus.

According to the mysterious but incredible Table of Nations, these Hittites were brown descendants of Heth, son of Canaan. The name Hittite comes from the name Heth. It means “warrior”.

Numbers 13:29 speaks of the Hittites as dwelling in the hill country. This also harmonizes with what archaeology has shown us. The Hittites greatest power was in modern Turkey but extended down to the hill country north of Canaan. The Hittites settled down mostly in central Anatolia, while the Luvians established themselves in the southwest, and the Palaians spread out to the north. They were called the Hatti.

During the time of King David and Solomon the Hittites were on the control of the nation of Israel. II Chronicles 8:7 tells us that Solomon levied a tribute on “the people that were left of the Hittites.”

Fall of the Hittites

However, it was not Assyria which caused the fall of the Hittite Empire. The blow was delivered by the so-called “Sea People,”. This was a group who attacked much of the Middle East by land and sea around 1200 BC. The Sea People are believed to be the people of Phoencian. The people of Phoencian were Canaanites according to new DNA research.

During the same timeframe, a new wave of people swept into the region, the Phrygians. Even the might of the Hittite Empire could not hold back the tide.

Where did the Hittites Go?

When Phrygians moved through the Anatolian Peninsula, they drove many of the Hittites into the lands of Syria. But that is not the only place they went.

Notice what the Encyclopedia Britannica says:

“The earliest known inhabitants of the country [Germany] were the Chatti, who lived here during the first century a.d. ‘Alike both in race and language,’ says Walther Schultze, ‘the Chatti and the Hessi are identical’” (”Hesse,” vol. 13). Furthermore, the Old High German spelling of Hesse was Hatti!

They were the Hessians in history. The Hessians were known for the military skill and worked as Mercenaries. The Hessian army were the same people who fought George Washington on Christmas Day crossing the Delaware.

Also Napoleon marched into Germany to unseat the Hessian Prince, Prince William IX of Hesse-Hanau. He left $3,000,000 to Nathan Mayer and fled to Denmark. The money was never returned to Prince William IX of Hesse-Hanau. This is how Nathan Mayer Rothschild got their start, they invested this money and started their own banks. Also rented out the Hessiah Army.

The only dark people anywhere on the face of this planet bearing the name Hatti or Chatti (that is, Hittites) are amongst the American Indians. Europeans first encountered them in New England and in the plains of America. The inter-tribal name of the plains confederation of the Indians was “Chatti”. The main tribe was the Sioux, living in both North and South Dakota. Even today, they call themselves Očhéti Šakówį.

They are an exception to the rule that the American Indians are brachycephalic (i.e. round-headed), a characteristic of Mongoloids- the Sioux are actually long-headed (dolichocephalic). Their features are quite different too. For example, their noses are hooked and longer than most Indians. Moses was notified of his imminent death.  Moses conferred his authority upon Joshua, to lead the 600,000 men (not counting women and children) into the land of “milk and honey.”  Moses died at age 120.He is credited with writing the first five books of the Bible.  He talked with God and at God’s command he performed amazing miracles.  The story of Moses is covered in the Books of Exodus, Leviticus, Numbers, and Deuteronomy.  He is mentioned 80 times in the New Testament, usually as a lawgiver.  He is also seen as the prophet who points the way to Jesus. Moses, along with Elijah appeared in the Transfiguration with Jesus.