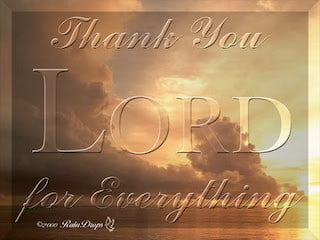 Well God, we truly need to to thank you for giving us the ability to read and write because the world wouldn’t be as advanced as it is if we weren’t able to do so.

It’s a lot easier to get to understand You and Jesus since it is written and we can read it.

Yet, it can cause many problems so tomorrow we’ll look at…

2 Corinthians
A Ministry of Glory

“Do we begin again to commend ourselves?” – Paul is sensitive to the fact that virtually everything he wrote or said was liable to be twisted and used in a hostile manner by the false teachers in Corinth.

“Letters of commendation” – the appearance of vagrant impostors, who claimed to be teachers of apostolic truth, led to the need for the letters of recommendation.

Paul needed no such confirmation; but others, including the Corinthian intruders, did need authentication and being themselves false, often resorted to unscrupulous methods for obtaining or forging letters of recommendation.

Which still happens today, for example, the Catholic and Mormon Bibles.

2 Ye are our epistle written in our hearts, known and read of all men:

3 Forasmuch as ye are manifestly declared to be the epistle of Christ ministered by us, written not with ink, but with the Spirit of the living God; not in tables of stone, but in fleshy tables of the heart.

“Not in tables of stone” – like the ten commandments.

“In fleshy tables of the heart” – Paul explains the significance of this contrast between the old and the new covenants in vv. 7-18.

4 And such trust have we through Christ to God-ward:

“Our sufficiency is of God” – Answers the question in 2:16, “Who is sufficient for these things?”

6 Who also hath made us able ministers of the new testament; not of the letter, but of the spirit: for the letter killeth, but the spirit giveth life.

“The letter killeth, but the spirit giveth life” – does not mean that the external, literal sense of Scripture is deadly or unprofitable while the inner, spiritual (mystical or mythical) sense is vital.

“The letter” is synonymous with the law as an external standard before which all people, because they are lawbreakers, stand guilty and condemned to death.

On the other hand, the Spirit who gives life is the “Spirit of the living God” who, in fulfillment of the promise of the new covenant, writes that same law inwardly “in fleshly tables of the heart” (v. 3).

7 But if the ministration of death, written and engraven in stones was glorious, so that the children of Israel could not stedfastly behold the face of Moses for the glory of his countenance; which glory was to be done away:

But he now applies the word “ministry’ to the law that was “written…in tables of stone” and to the Spirit, who writes “in fleshly tables of the heart” (v. 3).

The point of comparison is the fading glory that shone on Moses’ face and the ever-increasing glory reflected in the faces of those who minister the new covenant.

“Was glorious” – the law of the old covenant given at Sinai was in no way bad or evil; on the contrary, Paul describes it elsewhere as holy righteousness, good and spiritual (Rom 7:12, 14).

8 How shall not the ministration of the spirit be rather glorious?

10 For even that which was made glorious had no glory in this respect, by reason of the glory that excelleth.

11 For if that which is done away was glorious, much more that which remaineth is glorious.

12 Seeing then that we have such hope, we use great plainness of speech:

13 And not as Moses, which put a veil over his face, that the children of Israel could not stedfastly look to the end of that which is abolished:

“Moses, who put a veil over his face” – the purpose of the veil was to prevent the Israel’s from seeing the fading of the glory.

14 But their minds were blinded: for until this day remaineth the same veil untaken away in the reading of the old testament; which veil is done away in Christ.

15 But even unto this day, when Moses is read, the veil is upon their heart.

16 Nevertheless when it shall turn to the Lord, the veil shall be taken away.

17 Now the Lord is that Spirit: and where the Spirit of the Lord is, there is liberty.

18 But we all, with open face beholding as in a glass the glory of the Lord, are changed into the same image from glory to glory, even as by the Spirit of the Lord.

“Are changed into the same image from glory to glory” – Christ Himself is the glory of God in the fulness of its radiance (Heb 1:3); His is the eternal and unfading glory, which He had with the Father before the world began (Jn 17:5).

We who believe rare made partakers of this glory by being gradually transformed into the likeness of Christ.  The reference here is to the process of Christian sanctification.

Letter Writing in the Greco-Roman World

In the Greco-Roman world letters allowed people to maintain contact with others across great distances.

Various letter types have been identified, including family letters and letters of friendship, praise or blame, exhortation, and recommendation.

The Greco-Roman letter typically consisted of several parts, beginning with an introduction identifying the writer and recipients and expressing greetings.

A short statement of thanksgiving often followed the introduction, after which the author would present the main body of the letter.

The writer would conclude with wishes for good health and a statement of farewell.

Students in Greek schools were instructed in the conventions of letter writing, and scribes trained in the art of writing were available to help others compose letters.

The traditional letter form is visible in Paul’s letters, although he adapted it in several ways:

* He transformed the Greek greeting into an invocation of grace and peace.

* He often extended the thanksgiving section by including prayers to God.

* He employed a benediction in place of the traditional farewell.

In the use of this style, we see that God chose to communicate the New Testament message in a form familiar to its first recipients.

…“The Secret,” by Rhonda Byrne.